When Dr. Kamran Khan started his work day on the morning of Dec. 31, 2019, he had no idea he was on the verge of signaling a global outbreak of a new coronavirus.

A few hours earlier, BlueDot’s infectious disease surveillance system had flagged a story written in Chinese. BlueDot, which Dr. Khan founded, uses artificial intelligence (AI) to scan more than 100,000 online news articles a day in 65 languages. The article mentioned a pneumonia of unknown origin linked to a seafood market in Wuhan, China. Dr. Khan and his team of clinicians ― a veterinarian and four physicians ― quickly gathered to verify the story and decide next steps.

tweetable: “When we looked at it, we didn’t know if it was going to turn into a big outbreak like this, but we had concerns because it had parallels to SARS ― it was associated with a market where animals were being sold and it was a pneumonia without a clear cause.”  ― Dr. Kamran Khan, CEO, BlueDot

Immediately, the team connected the data from its disease surveillance system to its database that tracks worldwide air travel patterns using anonymized passenger ticket sales and flight itineraries. Seconds later, they were able to analyze the flight itineraries of travelers departing Wuhan to destinations around the world (a job that previously took weeks to do) and identify cities directly in the path of the outbreak, should the outbreak increase in size and/or its size be underestimated.

On Dec. 31, BlueDot alerted its clients ― governments, hospitals and private businesses ― and stated that the destinations at highest risk of receiving an imported case were Bangkok, Hong Kong, Tokyo, Taipei, Phuket, Seoul, Singapore and Macau. The prediction turned out to be accurate. With the exception of Phuket, all these locations were among the very first to report imported cases of the virus. 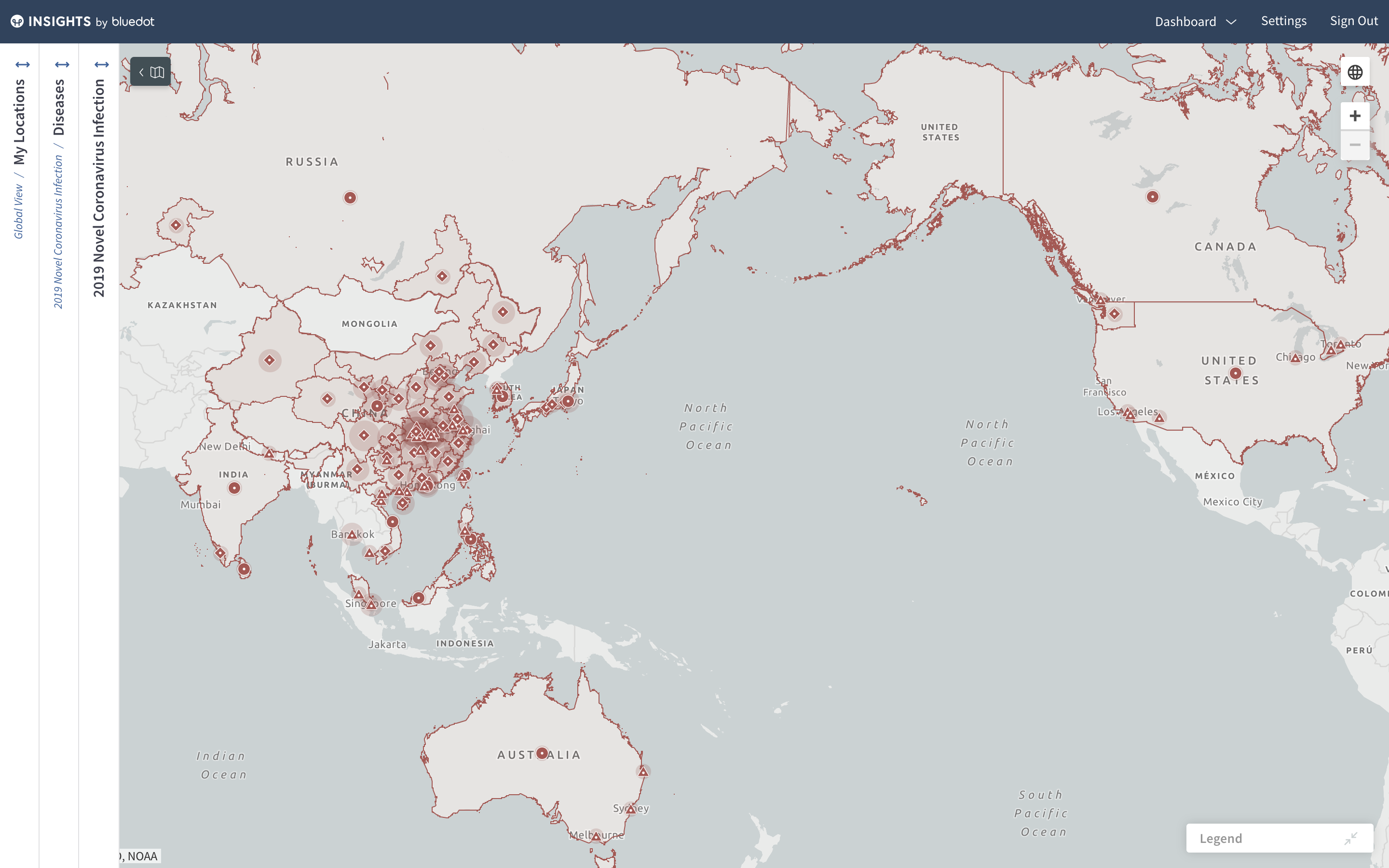 BlueDot’s notifications, about what would subsequently be diagnosed as a novel coronavirus, came nearly a week before major public health agencies like the World Health Organization (WHO) and the US Centers for Disease Control and Prevention (CDC) issued their own health alerts (on Jan. 5 and 8, respectively).

tweetable: “Time is everything when you are dealing with an outbreak.”  — Dr. Kamran Khan, CEO, BlueDot

“We’re at a period in time where we have increasing access to data, we have advanced analytical tools like AI to make sense of vast amounts of data, and digital technologies like the Internet and our smartphones to literally spread information faster than the diseases can spread themselves. We need to be using those innovations to our advantage.”

Dr. Khan was driven to create BlueDot after the SARS outbreak in 2003, which caught Canadian health care workers completely off guard. At the time, he’d just returned to Toronto to start his career at St. Michael’s Hospital, after completing training as an infectious disease specialist in New York City. He was struck by the impact of the virus in Toronto: 44 deaths, including health care workers, billions of dollars in losses and an entire city crippled.

Learn more about Dr. Khan’s inspiration for creating BlueDot in our 2018 podcast

Dr. Khan spent the next decade studying how infectious diseases can spread worldwide and how the world’s population is connected through commercial air travel. In 2013, he founded Toronto-based BlueDot.

The company’s risk assessment models have been able to predict the spread of numerous infectious disease outbreaks, most recently the outbreak of the Zika virus in Florida, six months before it actually occurred.

In 2016, Joule awarded Dr. Khan one of its inaugural Innovation grants, worth $25,000, for BlueDot to develop a clinical aid called PanMEDIC, which is currently undergoing a new round of development. In addition, BlueDot has been able to secure US$9.5 million in venture funding to help develop and commercialize its AI-driven products. The company currently employs 40 people.

Dr. Khan says the next step for BlueDot is to get its early warning system into the hands of frontline health care workers. It’s currently trialing an application called Insights at dozens of hospitals in Canada and the US. The program sends real-time infectious disease alerts that are specifically relevant to the location of a health care worker, wherever they might be in the world.

“Canada is one of the most mobile populations on the planet,” explains Dr. Khan. “How does the triage nurse know what it means if a person comes back from Dhaka, Bangladesh, with a fever rash and joint pain?”

“We need to make sure our health care workers have the global information they need at their fingertips, so they can better protect themselves, their patients, our hospitals and even our cities.”

Dr. Khan’s work on the current outbreak of the coronavirus isn’t done. BlueDot will continue to monitor the spread of what WHO has now deemed a public health emergency of international concern, while still tracking dozens of other infectious disease outbreaks across the globe. But Dr. Khan strongly believes that early warnings, like the one BlueDot issued on Dec. 31, can help countries around the world be better prepared.

“We didn’t even know what SARS was until it was in our cities and our hospitals. In the instance of this coronavirus outbreak, because of the data and analytics and technology we can now make use of, doctors and nurses are anticipating its arrival, and that’s a much safer place to be.”