An expression pilots live by is: “Never let an aircraft take you somewhere your brain didn't get to five minutes earlier.”  In other words, it means staying ahead of the airplane, planning and knowing exactly where you are and where you’re going at all times.

At its essence, it’s about situational awareness. And the expression also holds true for surgeons.

Think about it. Just like pilots, surgeon map out their journey ahead of time, do their best to memorize the route, then execute the plan. Surgeons and pilots alike must both make decisions about how they will proceed based on what is presented with the information they have available.

One key difference is that pilots have more real-time information at their disposal. In addition to traditional navigational aids, they can rely on advanced visualization tools and displays to monitor their flight progress, guiding them to their destination swiftly and safely. 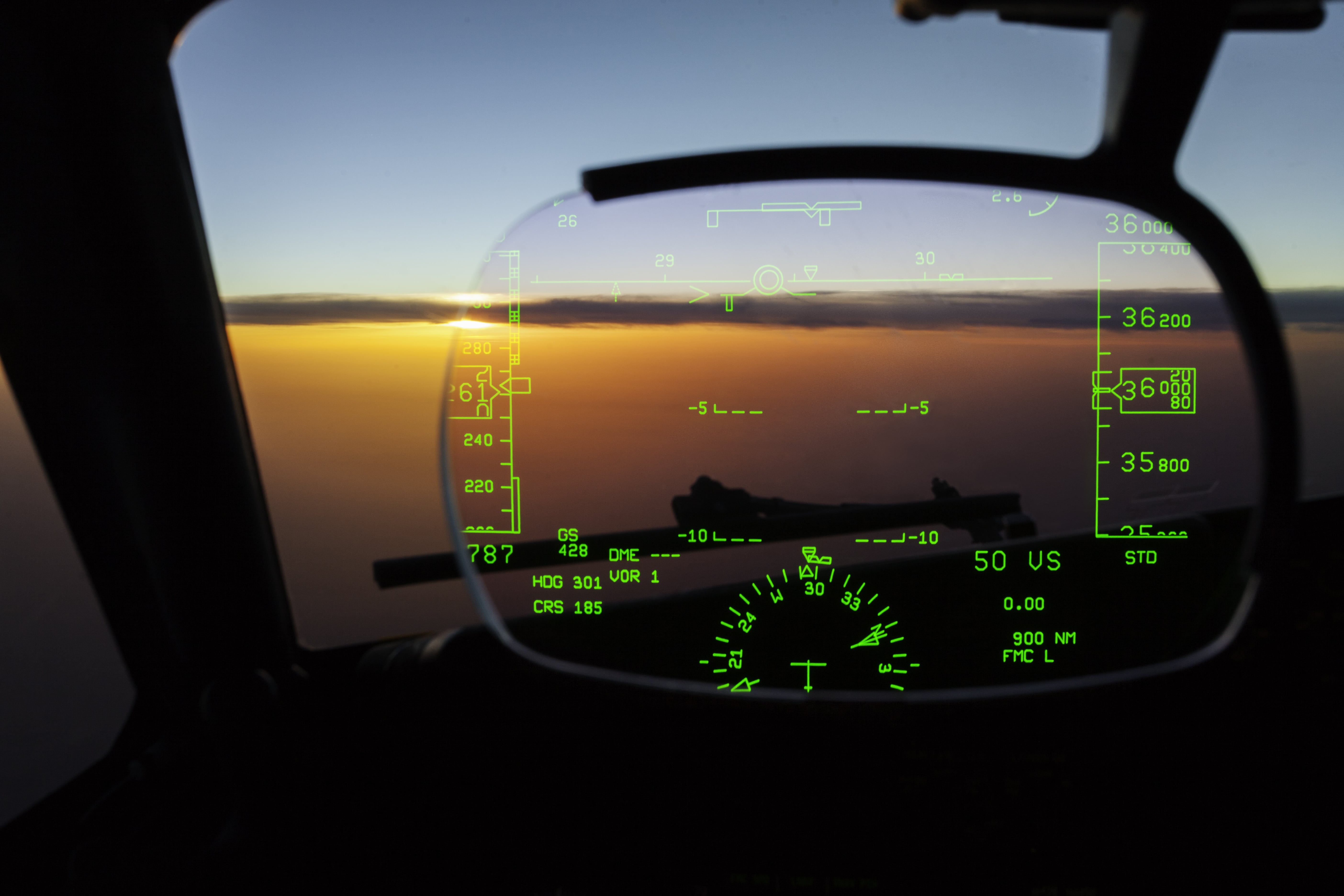 Surgeons, by comparison, are flying blind. Despite preparing in advance with preoperative scans and imaging, there’s minimal guidance available to them to truly see what’s inside an organ once they start the operation.

But, what if surgeons had advanced visualization tools like pilots do?

That is the challenge one of Philip Edgcumbe’s PhD supervisors, who happens to be a surgeon, threw at him a few years ago. Edgcumbe recalls his supervisor saying: “A sort of Google Maps―that would be helpful in the context surgery.”

As a scientist, biomedical engineer, medical innovator, doctor in training (MDPhD) and entrepreneur, Edgcumbe was up for the challenge. His goal was to figure out how to give surgeons more information in the operating room without distracting them too much.

What he created as a result―the Pico Lantern, a first-of-its-kind miniature projector for intra-operative navigation―is the product of convergence.

What is convergence anyway?

Rapid advances are already being made to transform care for patients and those who treat them―for example, in genetics, bioinformatics or materials engineering. But, they can get siloed.

For Edgcumbe, true opportunities for breakthrough exist at their intersections.

“I see convergence as problem solving using different ideas, technologies or techniques and bringing them together,” claims Edgcumbe, “often finding that they are greater than the sum of all their parts.”

Three technologies to one solution

While working on his PhD in biomedical engineering at UBC, Edgcumbe’s colleague, Dr. Caitlin Schneider, developed a pickup ultrasound probe for minimally invasive surgical robotics. In general, for the use of surgery previously, ultrasounds were bulky. Miniaturizing the technology yielded some promising results. With that success and his acquired expertise in mind, Edgcumbe saw the potential in miniaturizing other technologies.

Before working on a solution, Edgcumbe and his team did a survey of the landscape to identify technologies they might be able to use for augmented reality display in surgery. Through this process, they realized that the cellphone industry had already prototyped miniature projectors. Right away, they began thinking about how they could use those projectors in surgery.

These breakthrough realizations not only inspired them, but gave Edgcumbe and his team the confidence to move forward with their own creation.

Mapping and prototyping the device

For their first prototype, Edgcumbe and his team began searching for existing projectors that were small enough to repurpose so they could take them apart and reconfigure them for minimally invasive surgery. They called it the Pico Lantern.

At first, Edgcumbe used the Pico Lantern to do an accurate surface reconstruction of a surgical scene. He also used it to identify underlying blood vessels through the pulsatile motion of the surface.

For the second iteration, they used his colleague’s miniature ultrasound probe to discover what underlying surface actually looked like. They explored how this information could be displayed to the surgeon using augmented reality, comparing the pros and cons of either a standalone device that projects directly on the surface or one that relies on a computer interface.

What they found was projecting directly onto the surface worked better―they avoided the significant lag a computer interface would present, and more importantly, the graphical display could potentially obstruct part of the surgeon’s view. So, they continued to pursue the Pico Lantern, a standalone product which projects the information directly onto the surgical scene using augmented reality.

A projector for surgeons and beyond

The current iteration of Pico Lantern was designed to enhance laparoscopic surgery―it’s small enough to drop and pick up with tools surgeons already use. As a source of structured light within the abdomen, it is free to move relative to the laparoscope and no external tracking tool is required.

This means there are fewer calibration and registration steps, as well as a reduced lever arm effect so the surface reconstruction and augmented reality projections are potentially more accurate. 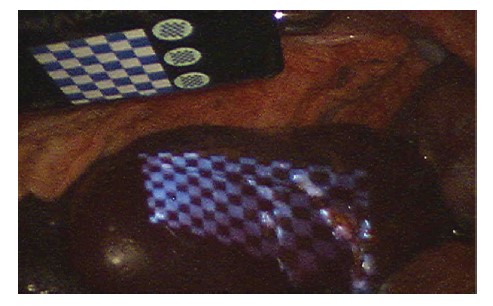 Image 3: Laparoscopic view of the Pico Lantern projecting a checkerboard pattern onto the surface of a kidney for surface reconstruction.

Edgcumbe says the device that could have applications beyond the medical domain. “There is massive interest in developing ways to map your three-dimensional environment, and there are lots of different ideas on the best way to do it,” he states, “but one of them may be the Pico Lantern.”

Evolving from novel to impactful

The Pico Lantern is intended to improve cancer and surgical outcomes for the 50,000 Canadians that are diagnosed with liver, stomach, pancreatic, kidney, bladder or prostate cancer each year.

In 2016, Edgcumbe and his team submitted a patent for the Pico Lantern technology and worked with Northern Digital Inc (NDI), a biomedical engineering company based in Waterloo, Ontario, to further develop the technology.

The Pico Lantern has gone through various stages of lab testing. In the lab setting, Edgcumbe and his have shown that it reduces the amount of healthy tissue the surgeon excises with the tumour and they have established that that It could be useful in the operating room. However, they haven’t yet obtained the approvals to begin testing on humans.

In September 2019, they received a significant boost to their work when the US Patent and Trade Office formally granted the Pico Lantern patent. “Now that we have patent protection for the Pico Lantern,” says Edgcumbe, “we anticipate it will be much easier to raise the money we need to continue Pico Lantern product development, testing and human certification.”

Edgcumbe’s true aspiration for the Pico Lantern is for it to evolve from novel, innovative idea to tried and true product―where the data shows it’s truly leading to better kidney function―and that it’s making a difference for patients.

“In engineering and innovation in general, there is a certain premium on novelty—showing a flashy idea, something that captures the imagination of your fellow colleagues,” asserts Philip, “but because of my training as a medical doctor and having the privilege of working with patients on a regular basis, what really matters to me is the impact it’s going to have.”