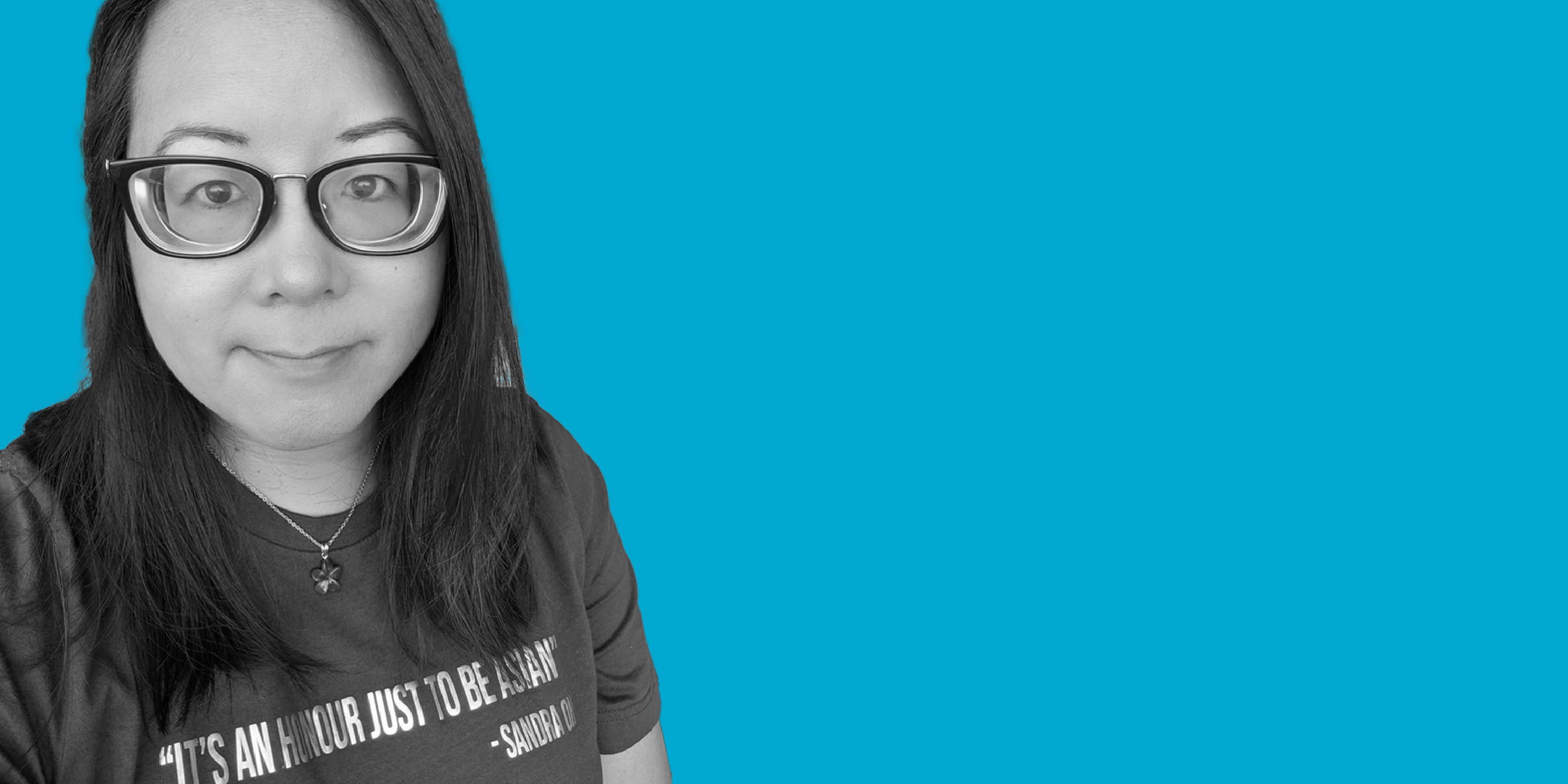 In this series, some of Canada’s most active physician advocates explain why they feel their voices are essential to a better health future and what motivates them to step into public conversations on health and health-related issues.

Dr. Amy Tan – a BC-based family and palliative care doctor and professor whose Twitter profile identifies her as “mom, wife, racialized settler, equity activist” – talks about why she’s become active in social and traditional media over the last two years to tackle issues of race in medicine and society at large.

“My parents immigrated to Canada shortly after finishing high school. I’m a first-generation university graduate, first-generation medical professional. I went away to school, which culturally wasn’t what you did. You didn’t leave home, even if you had scholarships. It just wasn’t what you did as an 18-year-old Chinese young lady. So, I felt like I was really sticking my neck out there.”

On the evolving conversation on racism

“Twenty years ago, we didn’t talk about racism. I didn’t have the language to speak about what my personal experiences were or to name them, because it was even more taboo 20 years ago to talk about it. So it wasn’t that I wasn’t experiencing it, I just didn’t have the tools to unpack things for myself, let alone for other people. That’s why I take the opportunity now to talk about racism to medical students, residents and practising physicians in my teaching role at UBC and throughout my work.”

On being a trusted source for patients

“I’ve always been a huge believer in the importance of the social determinants of health and meeting patients where they’re at. But I have to say that, for example, in my experience taking care of Syrian refugee patients, I found we also needed to deal with their ‘humanness’ – the fact they’re human beings who are surviving first. And we need to take the time to do that, because we’re a trusted source for them. They come to us with their questions, and I take that responsibility seriously of responding to their concerns and helping them feel safe in our clinic.”

On the moments that led her to speak out

“I become more outspoken during the Alberta government’s attacks on primary care at the end of 2019; then the COVID-19 pandemic hit. I had patients who were essential workers, including in food processing industries, who were feeling scared and not protected by their employers. I remember in April 2020, I said to a reporter, ‘I’m going to get in trouble for saying this, but it’s not lost on me that all these corporations are run and owned by white people and they’re exploiting racialized, new immigrants for their profit.’”

“I had a Twitter account for a while for conferences and events, care planning and palliative care —academic stuff. I started getting active for the public at the end of December 2019. Then, I got really, really, really active when my parents, who immigrated 50 years ago and are Canadian citizens, told me they felt unsafe leaving their house in Vancouver. Something in me broke. That’s when I posted my first video on Twitter and said, ‘My parents are Canadian citizens. Just because they’re not white, doesn’t make my parents any less Canadian. How dare you make them feel unsafe.’”

On the consequences of being a public advocate

“I’ve been getting two years of racist and misogynistic attacks because I’ve been speaking out as a racialized woman. I‘ve been accused of being a Chinese spy, I’ve been called terrible things, I’ve received death threats. But in speaking out in the face of all that, it was like something opened up. It doesn’t matter how scared I am because this is the truth — this is Canada. We are racist. If people are going to listen to me because I have privilege as a physician, then I’m damn well going to use it.”

On having privilege and status as a physician

“I know I have privilege in society just from being a doctor. This really compelled me to try to use that privilege for good. When reporters have responded to me or quoted me, it’s never been for the limelight. It’s really about, ‘Oh my goodness, people are actually going to listen to me because I have the ‘MD’ and that gives me some credibility. Then I’m going to use it to bring these issues to light.’”

The end game: respect for all

“I tweet from the heart and stand by everything I say. My line is my own moral compass. I want solidarity for all — racialized, Black, Indigenous people — and for everyone to have their humanity respected. Even though I’m cis heterosexual, I’m for LGBTQ2S+ rights because — again — I’m about everybody deserving to be seen, heard, respected and understood for their differences in their own lived experiences. I could just not do anything and curl up in the fetal position to deal with the weight of it all. But for me, I need to do something.”

Know a physician advocate making a difference in health? Put their name forward for an interview by emailing memberservicecentre@cma.ca.